FLEXability was a marketing campaign released by the gym company, Crunch Fitness. The aim was to drive home two selling points: “No Long-Term Contracts” and “No Judgments.” The slogan FLEXability is a play on words. The word “FLEX” is a fitness reference and implies without inhibition. The word “flexibility” is regarded as the affordability and ease of joining a Crunch gym.

Let There Be Bold

There were various visual concepts that came to mind. The first was a faux-stamp design. The intention was to give a “seal-of-approval” feel to the company and what it offers. Unfortunately, the slogan “Flexability“ and “No Judgments” gets lost in the stamp and had severe readability issues. The “100%” became the most readable part of the design, which was never the goal. Also, the overall layout lacked the usual bright color palette Crunch Fitness’ brand was known for.

The second design concept played with the orientations of the layout, re-introduced colors, and used calligraphy in creating the treatment for the word “FLEX.” Although this was ultimately well-received, Marketing decided it should display more of what Crunch Fitness had to offer.

The third and final iteration was to have it be bold and in-your-face with its slogan. The layout consist multiple group fitness and personal training photos – which are the strengths of Crunch Fitness’ services. Each Photo is bright and colorful. They perfectly housed each of the four letters of the word “FLEX” – somewhat similar to Robert Indiana’s “LOVE” installation. The approach was to make sure the letters were readable, but also preventing the shapes of the letters from distracting the images. In finding a heavy-weighted typeface to accomplish all these factors, Bemio’s was used to compliment the imageries. Various taglines were created with updated images. Some were used subsequently after FLEXability to extend the campaign. 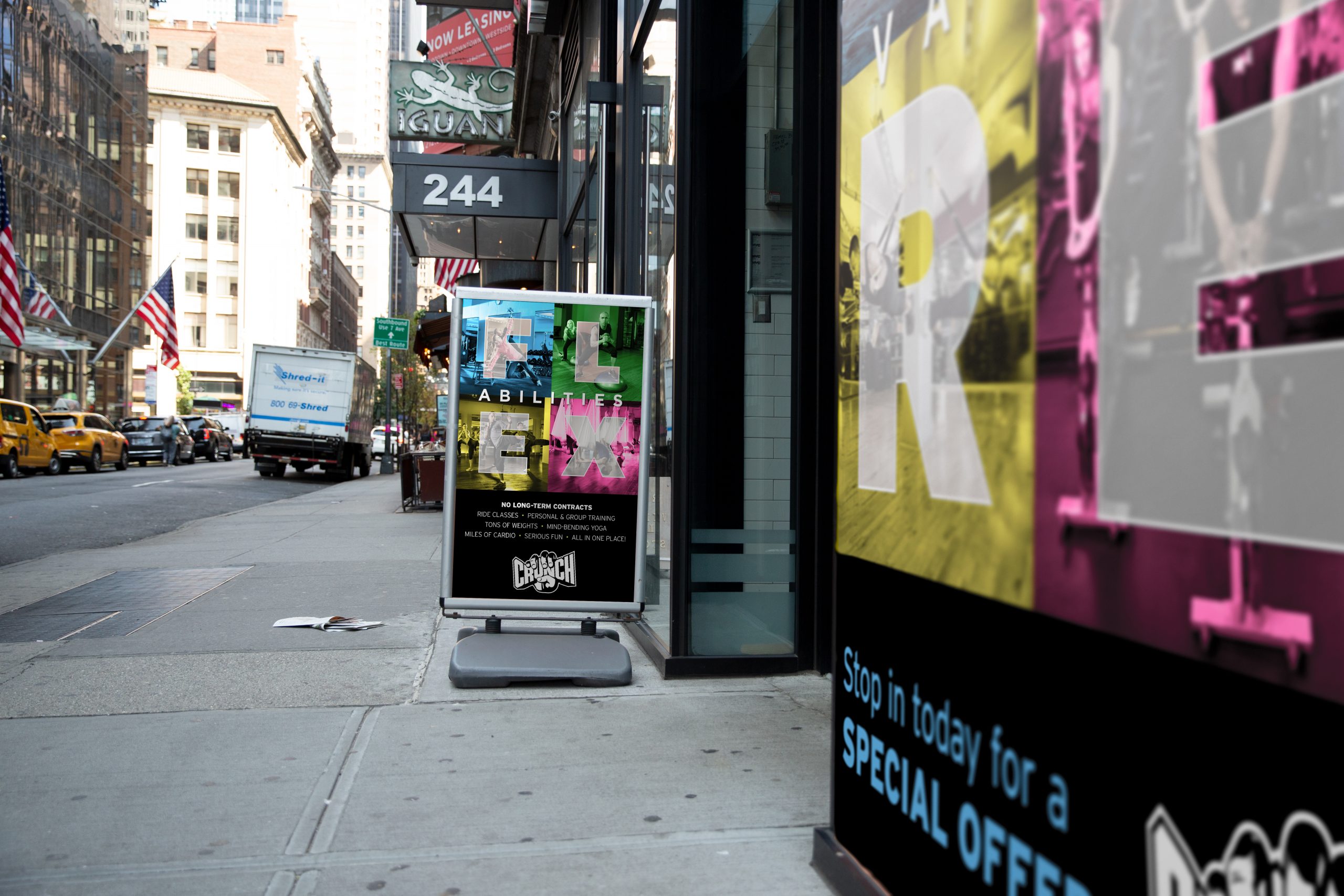 These banner ads were created for the gym company, Crunch Fitness. Each set of animated banner ads coincided with their respected marketing campaign collaterals.